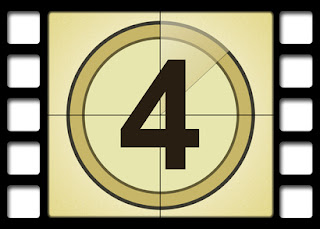 Hooray for Hollywood!  In the midst of my recording this episode of Wunderkind! I had the opportunity to travel to LA for a speaking engagement.  While flying above the Hollywood Hills, I was thinking about the story... the dreams of Griffith Stein... my own dreams... and the dreams of everyone who sits in the dark and lights up inside when the story begins on the screen before them.  Movies truly are magical, and nothing evokes the magic more than Hollywood.  As my flight descended toward LAX I looked out the window and noticed some white against the hills in the distance. I grabbed my camera and zoomed in as far as my lens would allow... to capture a shot of the eponymous Hollywood sign.  It is quite appropriate for this podcast, so I'll share the picture with you here (the original, and then when I digitally zoom in). 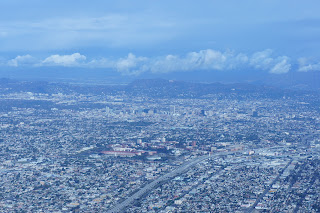 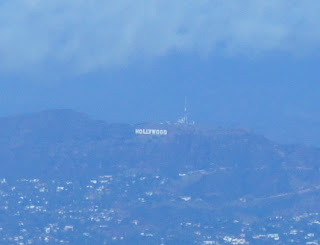 And now back to our regularly scheduled programming:

Previously on Wunderkind!... As fate would have it, Hollywood Wunderkind Robbie Rosenberg and his wonder agent Izzy Cohen choose to hold a secret meeting about Robbie's new project at an obscure restaurant where they are confident they can speak freely without the risk of running into any producers or paparazzi.  Little did they know that O'REILLY'S SUSHI BAR & GRILL does have one regular Hollywood diner, the lowly projectionist Griffith Stein...  Our movie within a movie is starting to move faster as Griffith recognizes Rosenberg, and overhears him tell Izzy the plot of his new sure-to-be-a-hit idea, called WUNDERKIND...  As we wrapped up Episode 3, Robbie Rosenberg catches Griffith writing what he hears on an order pad.  Appalled, Rosenberg accuses Griffith of stealing his idea, which is perhaps not so far from the truth.  A guilt ridden Griffith grabs his notes and runs.  A high-speed Hollywood chase ensues as Robbie's limo is pit against the peddling projectionist...  Griffith on his bike manages to evade and avoid the rage filled Rosenberg, but not without a few bruises and a mangled bike... As Griffith makes it back to his apartment we begin Episode 4 - The Write Stuff.

CLICK HERE OR BELOW TO LISTEN TO WUNDERKIND! EPISODE 4

The story behind the story...

Wunderkind! was the first screenplay I ever wrote... I can still remember the day I had the idea for it, walking down Broadway, breathing in the energy of the street, the vibe that is so uniquely New York, alone in a crowd in the heart of Times Square, day dreaming about the industry I loved. At the time I had just left a 5 year stint at an independent film & TV distribution company, determined to branch out on my own...
Since then, I've had an illustrious ride through the worlds of entertainment and technology, but I've never lost my love for words and stories. Along the way I've written other screenplays and television scripts. A few have been sold and some even made their way onto screens large and small. But like many of us, I've always had a sweet spot for my first...
I think everyone who loves the movies at one time or another dreams of being a Wunderkind... the darling of Hollywood, the Steven Spielberg... the J.J. Abrams... maybe you're next?
I hope you enjoy this story of one kid's Tinseltown dream, and the unusual way it gets fulfilled...